In Honor of Women

From the very first chapter of the Bible, it is clear that women, like men, bear the image of God (Gen. 1:27; 5:1-2). Men and women were created equal and women play prominent roles throughout the Bible. They are seen as adored partners and cherished companions to their husbands, not servants or pieces of flesh to satisfy men’s desires (Gen. 2:20-24; Prov. 19:14; Eccles. 9:9). 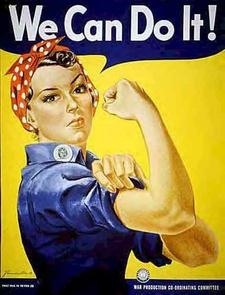 One of the truly outstanding leaders in the Bible was a woman named Deborah, whose story is told in Judges 4 & 5. She was the only woman among the twelve judges who ruled in an era marked by immorality, idolatry, and war. “In those days there was no king in Israel; everyone did what was right in his own eyes.” (Jud. 21:25)

God raised up judges to bring some leadership and order, but there were not many good role models amongst them. Jephthah sacrificed his daughter (Jud. 11:29-40), Samson caused the murder of his first wife (Jud. 15:1-6) and Gideon promoted the worship of fertility gods (Jud. 8:27), and on and on.

However, Deborah was the exception.  She stands out for her wisdom, courage and faithfulness toward the Lord. Under her leadership Israel prospered and enjoyed 40 years of peace. She was a prophetess, an oracle and a fearless leader.

When war came she led the out-numbered and poorly equipped Israelite militia to an unprecedented victory against a very formidable foe. She didn’t go at it alone, but chose the most able general of her day; Barak and she gave him the plan on how to win the war.

Barak would only go along with Deborah’s plan if Deborah accompanied him in battle. That speaks of the influence and trust the people had in her. Deborah agreed, but informed Barak that the honor for winning the battle would not be his. The Lord would deliver the enemy’s commanding general into the hands of another woman and she would get the honor.

Deborah’s plan revolved around luring the over-confident enemy into driving their iron-wheeled chariots onto marshy land where they would get bogged down. Then the Israelite slings men and archers would pick them off one by one. The plan worked flawlessly and the enemy forces were routed, their troops slaughtered, and the Israelites won a great victory.

The enemy’s commanding general was a mighty and feared man named Sisera.  When he saw that his army was defeated he fled from the battlefield on foot and wound up at the tent of another woman named Jael the Kenite.

She invited Sisera into her tent, hid him, fed him and made him comfortable. After he fell into exhausted sleep she drove a tent peg through the side of his head. Just as Deborah had prophesied, Jael was hailed as a national heroine by the pursuing Israelite forces led by Deborah and Barak.

Deborah means ‘bee’ in Hebrew. It also means ‘spirited or fiery woman.’ She lived up to her name well. Jael means ‘wild gazelle’ or ‘wild goat.’ Sometimes the person who is not constrained by the opinions and fear of man has the courage to do the impossible.

Against all odds two women, Deborah and Jael, defeated a great army and ultimately broke the power of their king’s domination over Israel. I am so blessed for the Deborahs and Jaels we have in our lives. Thank you ladies. You are a part of the Psalm 68:11 mighty throng.

“The Lord announces the word,  and the women who proclaim it are a mighty throng.” (Ps. 68:11)